Having already been to Rome a couple of times I wanted my last visit to be a bit different, particularly as it was for longer than the usual weekend break. The answer was simple…live like a local rather than a tourist. 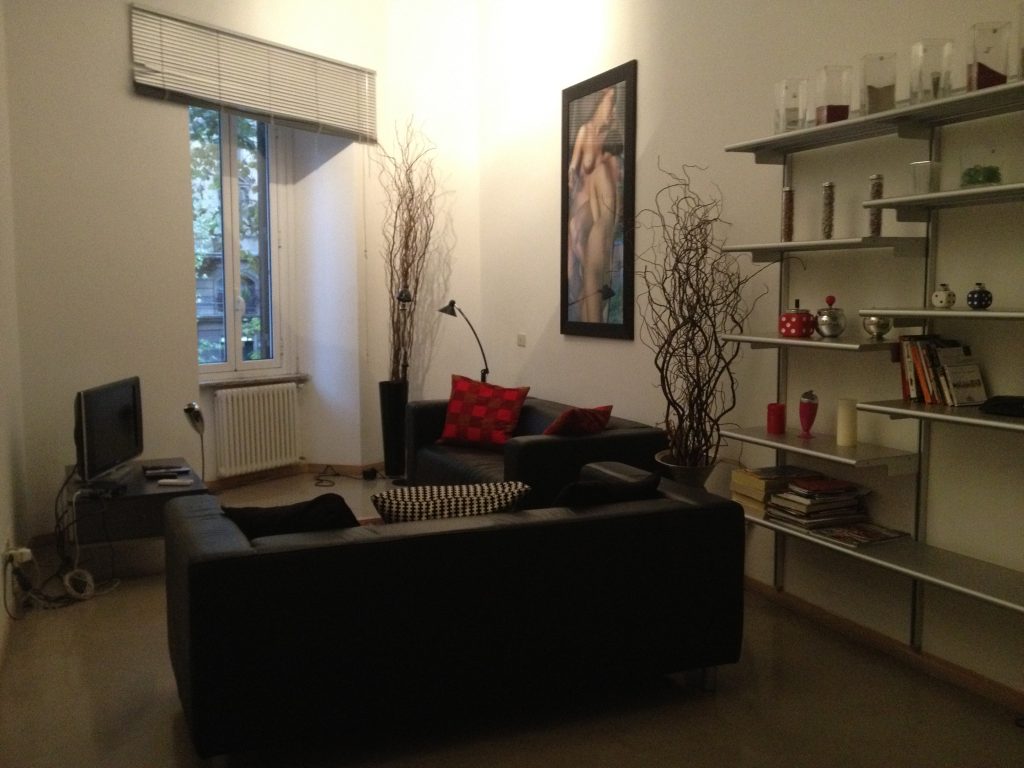 There are lots of great apartments for rent in Rome and doing that in Trastevere, which is on the other side of the Tiber river to most of the main sights, is far enough away to get a different experience to central Rome. But it’s still close enough to still take a leisurely walk to all the unmissable sights the city has to offer.

Trastevere is a lively neighbourhood full of cobbled streets, narrow alleys and ivy-covered buildings. It’s ideal for ambling around and sitting outside cafes and bars, watching the rest of the world meander by. When the sun goes down it’s arguably even better as a mix of locals, tourists and students crowd inside and outside the multitude of restaurants, trattorias and pizza places.

There are a couple of sights to see here too and the church at the heart of Trastevere is definitely worth a visit. Basilica Di Santa Maria in Trastevere is in the piazza of the same name and features beautiful mosaics both inside and out. The square itself is a focal point for the area and a good spot for watching the locals chatting and hanging out by the central fountain. 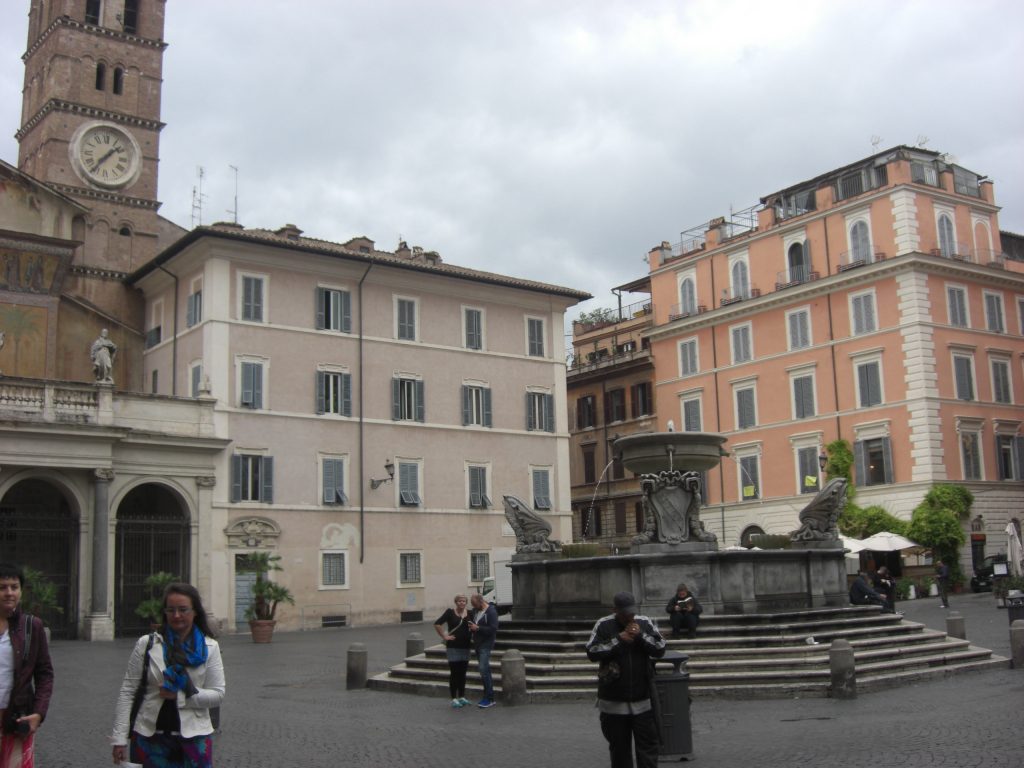 Also on this side of the river is the Vatican but between that and Trastevere is leafy and peaceful Gianicolo Hill, which rewards the climb up with great views of the city. Once there, the Tempietto di Bramante is worth a visit and there’s also a couple of outdoor summer bars. 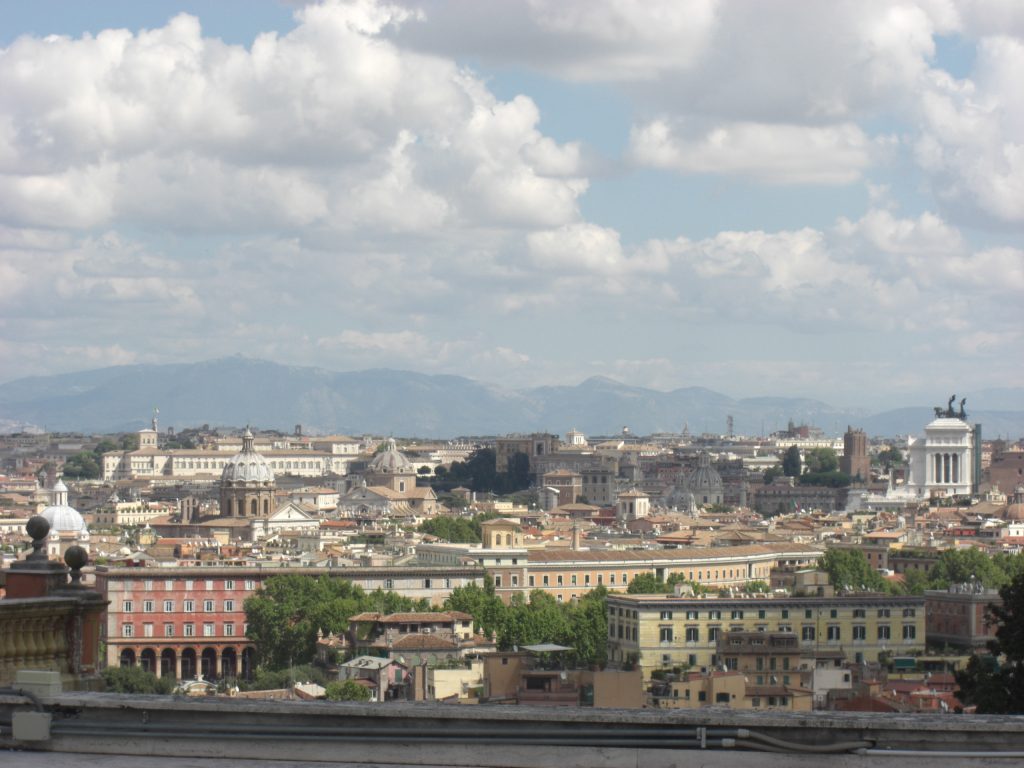 You can then drop down the other side to get to Vatican City and after being awed by the sheer size of St Peter’s Square and admiring the colourfully dressed guards, head into the Basilica di San Pietro. It’s huge, packed with stunning pieces of art and a must-do on a trip to Rome. Just make sure you’re suitably attired as the dress code rules are strictly enforced – no shorts, short skirts or bare shoulders. Once you’re done there head into the Vatican Museums and despite the shuffling queue don’t miss the Sistine Chapel as Michelangelo’s ceiling frescoes are definitely worth craning your neck for. 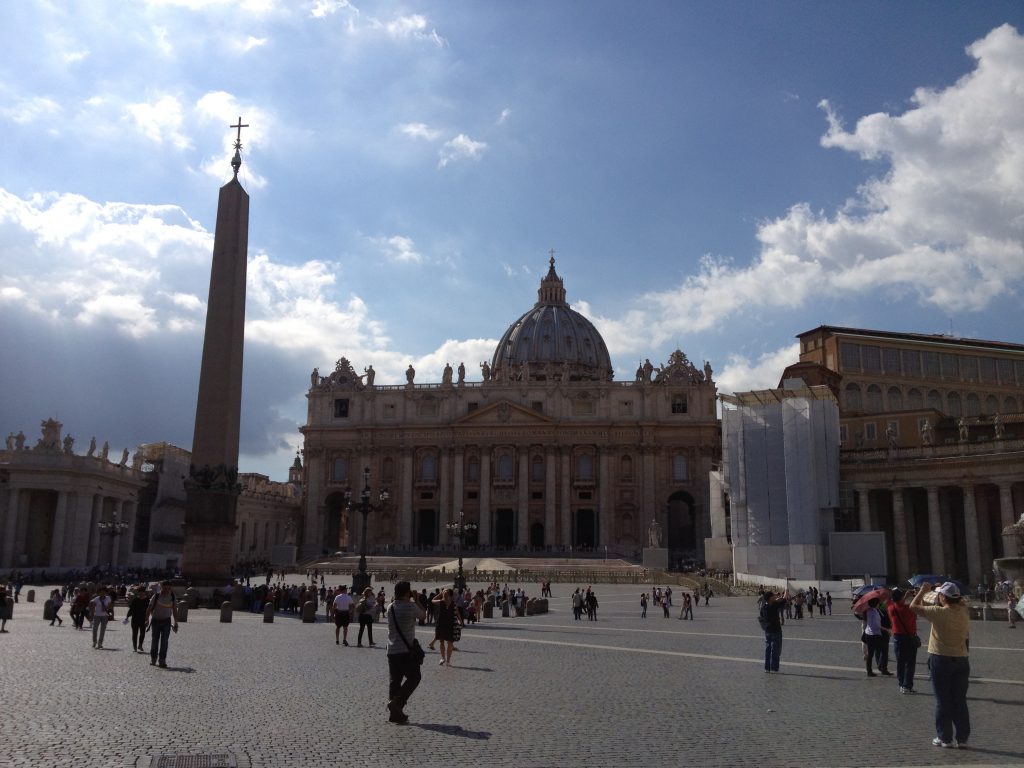 After leaving the Vatican the nearby Castel Sant’Angelo is a good next stop, not least because there is a cafe bar at the top where they serve Prosecco in old fashioned flat Champagne glasses.  Why not sit and sip on the terrace while admiring he great views of the city. 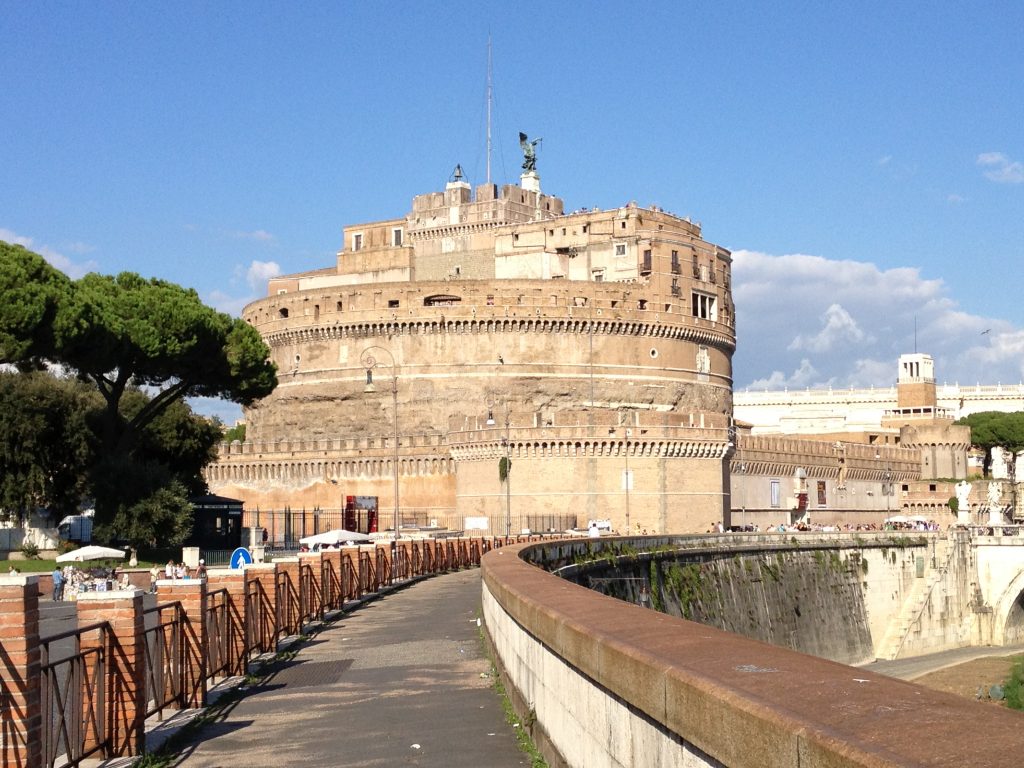 Getting from Trastevere across the river to see some of the other famous sites is easy to do by bus or tram, but if you’re happy to walk it’s a nice stroll with lots to see on route. Just head down to the river and cross pedestrianised Ponte Sisto and wander up towards Campo de Fiori. From there it’s a short walk to infamous Piazza Navona with its beautiful fountains. 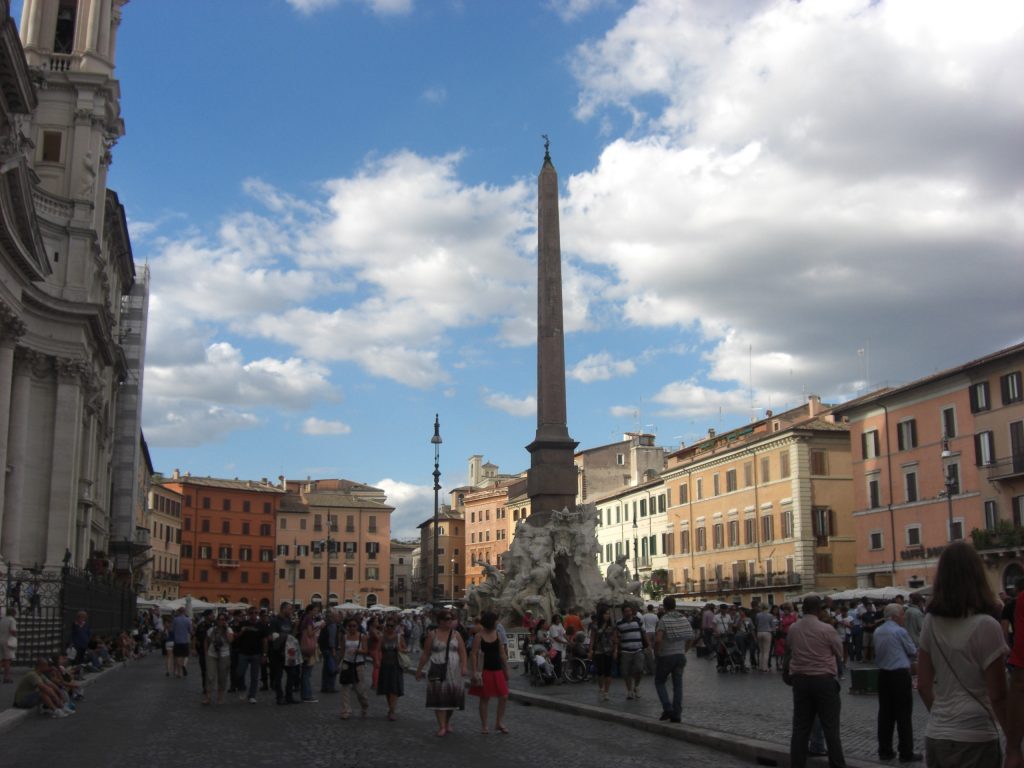 Then it’s on to the Pantheon, one of my favourites of Rome’s many stunning sights. One of the things that still amazes me, even after a few visits to Rome, is how many spectacular buildings and monuments are packed into such a small area. Even going from one to another you come across something you weren’t actually looking for, but just have to stop and take a look. 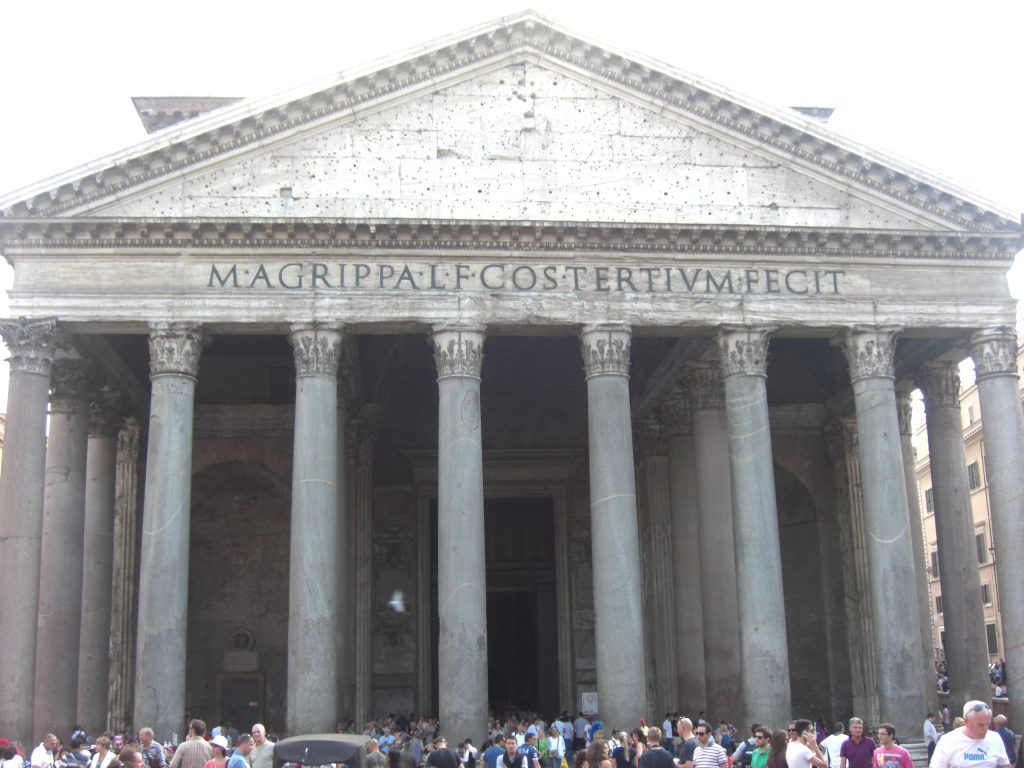 Some sights are very busy. The Spanish Steps are always packed, but it’s still fun to squeeze into a bit of available space to watch the world go by below. Just opposite the steps, Via del Condotti is equally busy being one of the top shopping streets lined with designer stores. But a few turns here and there and you’re soon away from the crowds browsing boutiques and snapping up bargain leather goods. 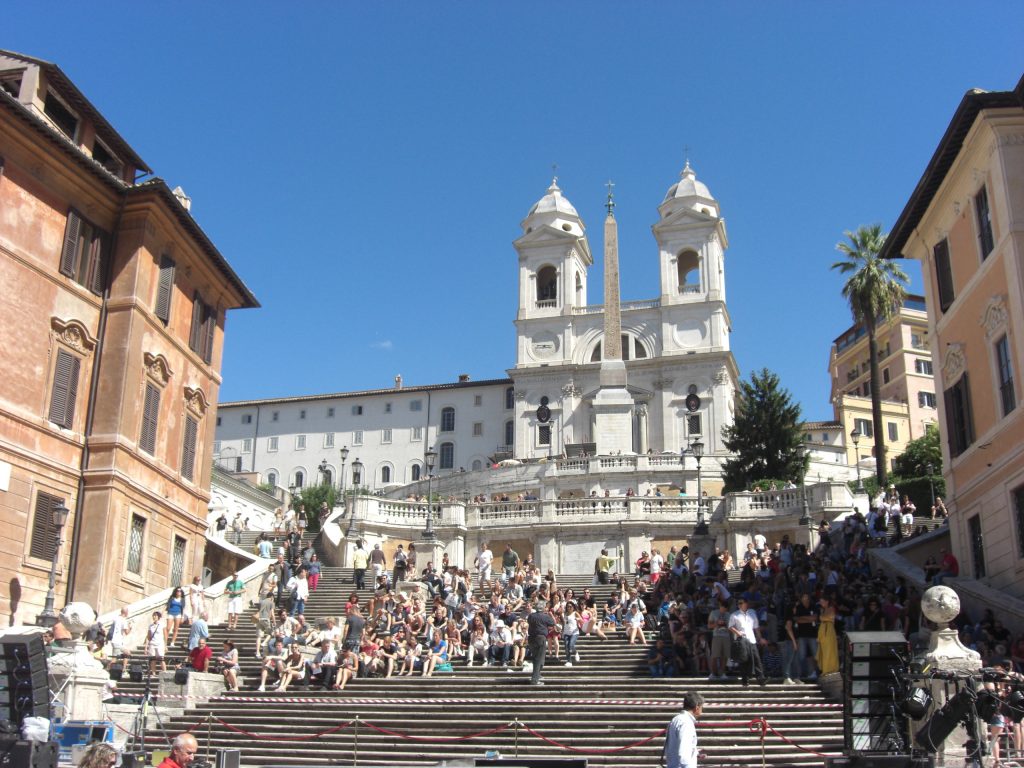 One place you’re unlikely to lose the crowd though is at the Trevi Fountain. It can’t be missed, partly because it’s so extraordinary to see such an enormous elaborate fountain in a fairly small square, and partly because it’s iconicly Rome and you just have to throw in a coin. Or two or three, depending on what you want in return, but I’ll let you find out those traditions for yourself. 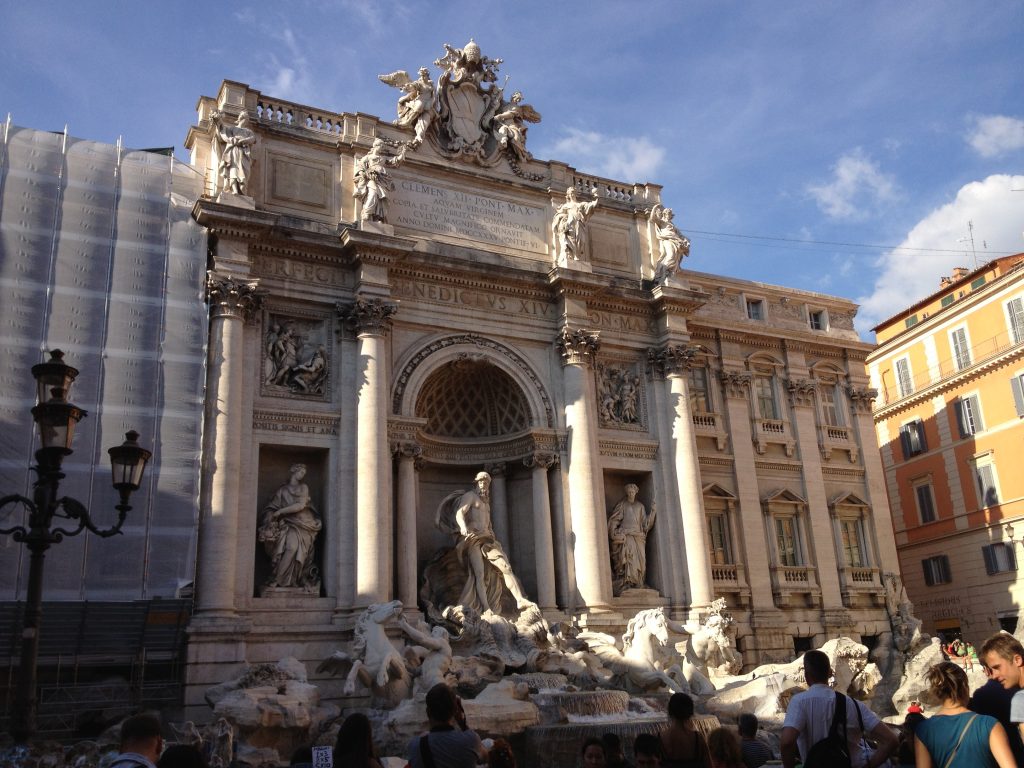 The other must-see sight is obviously the Colosseum, which is so well preserved it’s just incredible to stand there and imagine an Ancient Rome where gladiators fought each other and prisoners fought off wild animals. There’s plenty more to see in the ancient city with the Roman Forum and Palatino, but it’s big and there’s quite a lot of ground to cover. So unless you’re really keen or there for more than a short break you might find it takes up more time than you’d like to give it. 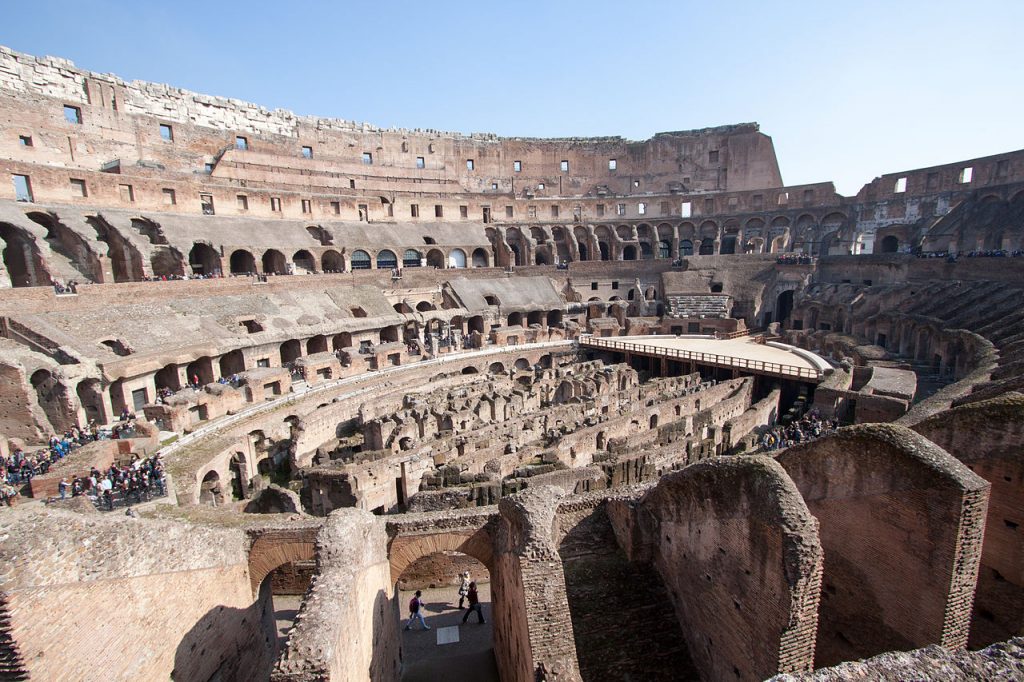 For a different sort of day while in Rome it’s also possible to head to the beach. Not something you’d automatically think of as an option during a trip to the city, but there are actually a few beaches that are a short train ride away. The closest is Ostia, which can be reached via il trenino (the little train) from Piramide station. That’s within walking distance of Trastevere but also on the metro system if you’re staying elsewhere. A ticket to Ostia costs the same price as a metro ride. 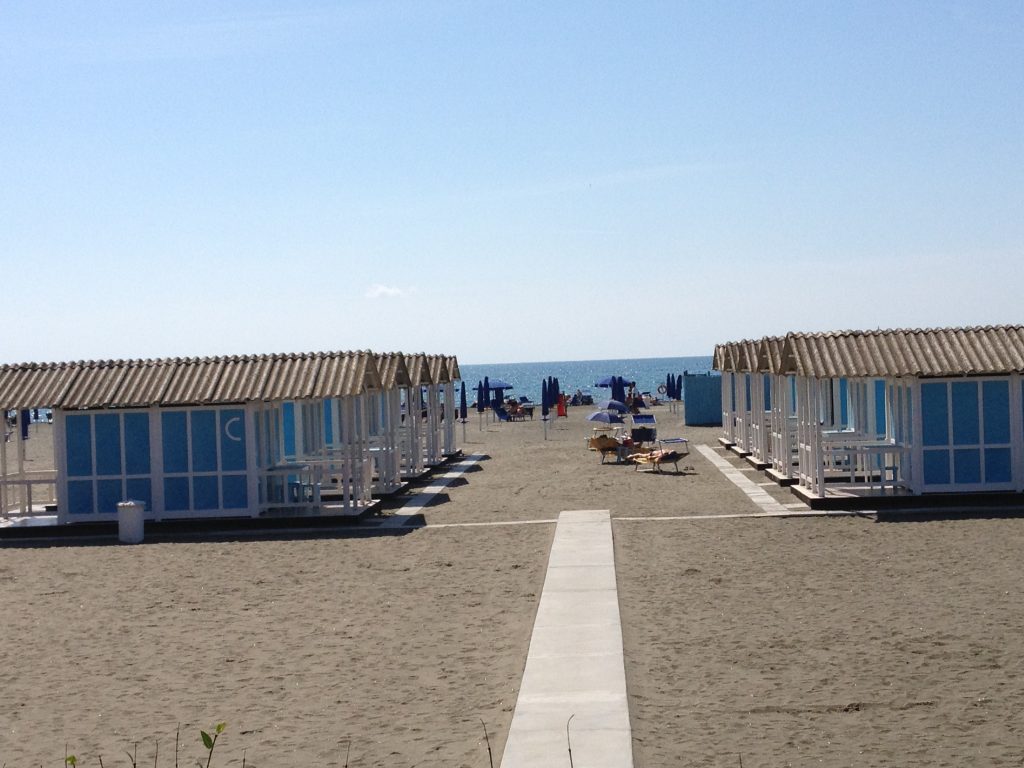 There are public beaches at Ostia but also a string of private beaches where you can hire sunbeds, umbrellas and even a beach hut for the day. I went to Gambrinus, which is opposite the last train stop, Cristoforo Colombo, and spent a lovely relaxing last day of my trip enjoying their facilities and having lunch at the beach café before heading back into the city for a final night out in Trastevere.

If the apartment idea appeals there are a number of agencies that handle rentals on behalf of local homeowners. I used Guest in Italy, but Sleep in Italy was also recommended. The apartment was great, well equipped with plenty of space, wifi, a patio and lots of instructions about recycling just about any type of waste you might produce! 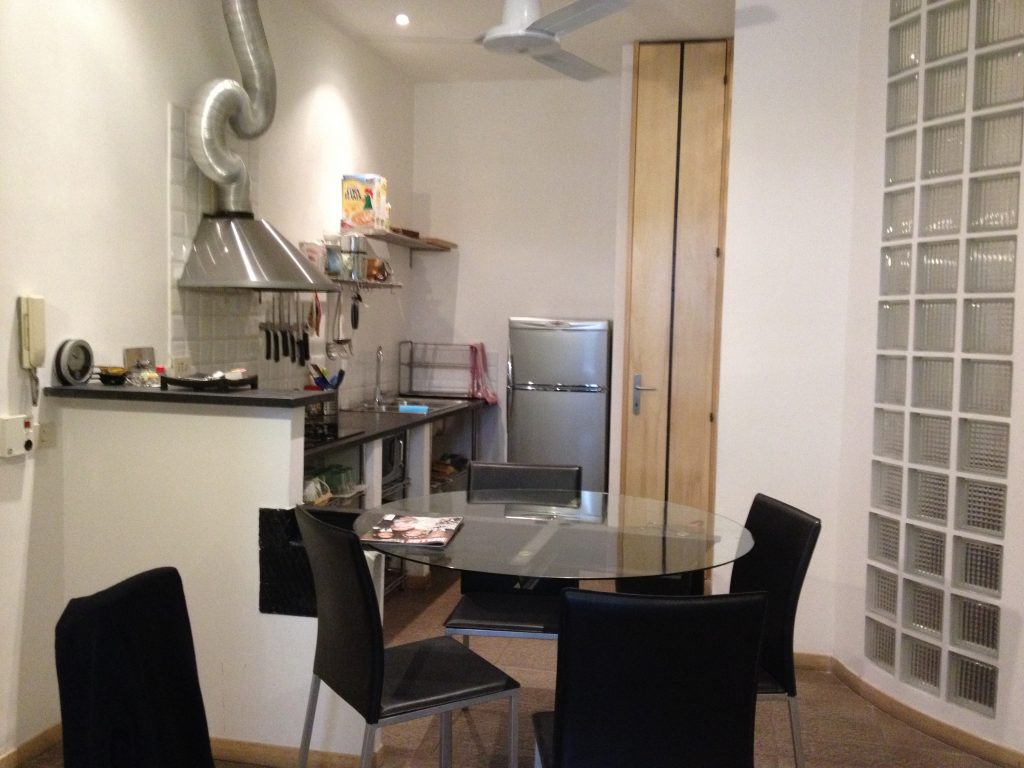 Eating and drinking options in Trastevere are limitless with a choice of fine dining restaurants, local trattorias, pizza places and bars with cheap buffet or apertivo on offer. For a really nice meal, I’d recommend Ripa 12 in Via San Francesco a Ripa and on the same street Pizzeria Ivo is a much simpler option dishing up delicious crispy pizzas. Also along here, Baylon Café is nice for coffee, lunch or a glass of wine.

For drinks the options in Trastevere are limitless but I liked Laganini in Piazza San Calisto which was good for cocktails and also for a light lunch. Ombre Rosse in Piazza Sant’Egidio has a great terrace for people watching and Freni e Frizioni, Via del Politeama 4/6, is a lively bar and is on the route back if you’ve been across Ponte Sisto for dinner on the other side of the Tiber. 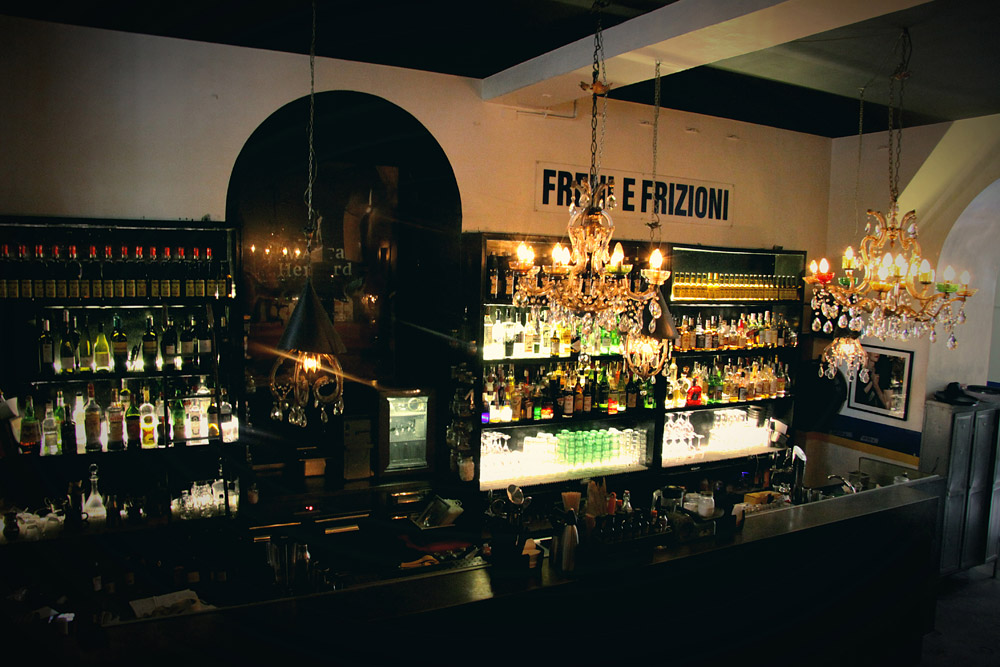 A good area for eating and drinking not too far from the bridge is Campo di Fiori, but if you’re out shopping near the Spanish Steps then Difrontea in Via della Croce is a nice café for a pasta lunch and some house Rose. If in the Piazza Navona vicinity then try Giolitti in Via Uffici del Vicario for great ice cream and later head to Caffe della Pace in Via della Pace, an old favourite of mine in a lovely spot and perfect for a glass of vino after a day of sightseeing and shopping.

Or for something completely different check out Jonathan’s Angels in nearby Via dell Fosse with its quirky owner and décor and a bathroom like no other I’ve ever seen! Rome is definitely a city that has something for everyone and is one I’m certain I’ll be back visiting again before too long.

Click on an image below to scroll through the gallery.

Get new posts by email

Tour guides invariably save the best until last an

When travelling the Silk Road why not visit some s

Colourful Khiva, one of the greatest cities on the

Race Across the World was our inspiration for comi

Oh we do like to be beside the seaside #westonsupe

Read about Rhinebeck in @hilarieburton book and th